On Friday 30th January 2009 I was lucky enough to go with the 1st Barnehurst Guides to Disneyland Paris. Another Guide group from Goddington also joined us on the trip. I was really excited as this was going to be my second trip abroad.

We boarded the coach at 5.30pm at the Sainsbury’s Homebase car park in Orpington and headed for Folkestone. This is where we were going to catch the Eurostar from. The journey took about 2 hours; we were chatting, eating and reading all the way. When we reached Folkestone the coach had to be driven onto the train. We still had about another 2-3 hours drive to get to Davey Crockett Ranch after leaving the Eurostar, where we were to stay for 2 nights. It was about 1.30am when we arrived. We were greeted by a member of the staff and were given a talk about the Ranch. at the end of a long exhausting journey we finally got to bed around 3am.

We got woken up at about 7.30am by the leader of our group with breakfast. We were treated to croissants, rolls, hot chocolate and a variety of spreads. The weather was sunny and there were not too many clouds about. At 8.30am we boarded the coach and were driven to Disneyland. I was looking forward to the rides. The first ride I went on was ‘Space Mountain’. It was awesome as there were 5 loops; I had never experienced an upside down ride before. Afterwards I watched a 3D movie called ‘Honey, I Shrunk the Audience’. I went on some more rides after that, such as: ‘The Buzz Lightyear Laser Blast’ and ‘The Big Thunder Mountain’. Soon after that we had lunch. I went on even more rides including: ‘Indiana Jones’, ‘Pirates of the Caribbean’ and ‘It’s A Small World’. The day went rally quick and we went shopping later on, spending our euros in the castle and the town shops. In the evening we had dinner at Planet hollywood. We drove back to the chalet and got into our pyjamas. Our group had hot chocolate and went to bed, looking forward to another day in Disneyland.

The next day, 1st february 2009, we went to the Walt Disney Studios after having the same breakfast as yesterday. The weather was the same as the day before, but colder. The first ride I went on was the Tower of Terror. Some people opted out. After the ride I went shopping and I bought a Mickey Mouse. I also went on Aladddin’s Carpet and The Rocking Rollercoaster which again took me upside down. We had lunch next and then at 3.15pm we got back on the coach for the journey home. The journey to Calais where we were to get the Eurostar from, took about 2 hours. We stopped to go shopping one last time in France before we got on the train. When we arrived in England, to our surprise, it had been snowing and it was very thick. The journey to the Sainsbury’s Homebase car park in Orpington took another 3-4 hours because of the snow. Our parents were already there waiting for us. The trip to Paris was amazing and I would like to thank Judith and all the other leaders that made the trip possible. 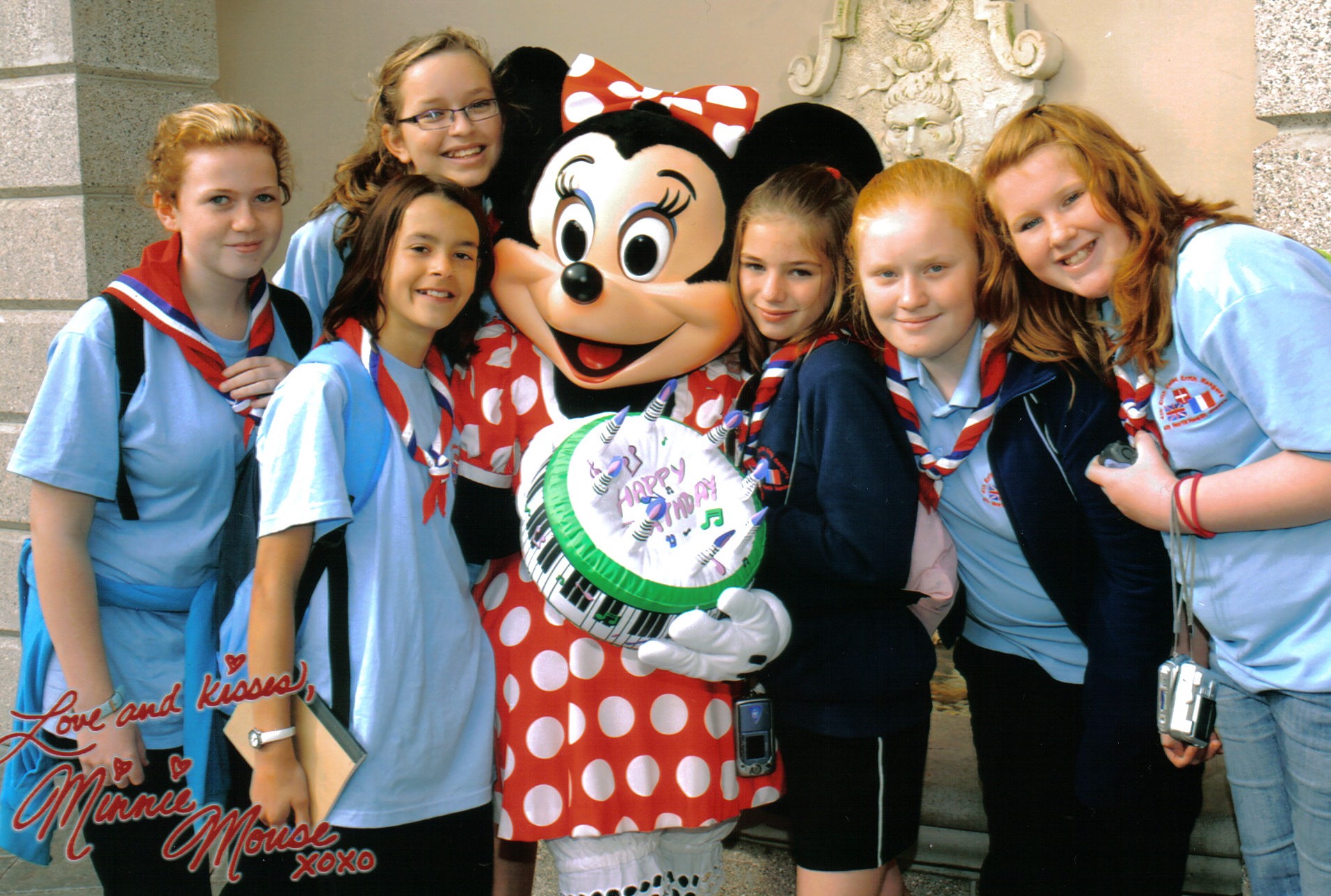