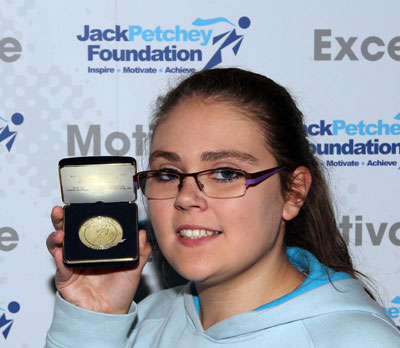 This programme operates in approx 2000 schools and youth organisations throughout London and Essex and since 1999 has given £60 million.

The achievement awards are designed to recognise a wide range of achievement – not just about being clever or gifted or getting the most badges but about putting the effort in and doing your best. The scheme works well because young people themselves are involved in nominating and selecting the winners.

As a County we receive 96 achievement awards each year. These are broken down into two grant periods in the autumn term and in the spring term. Each achievement award winner receives £200 to spend with their peer group.

Examples of how the money could be spent include:-

Each October, the Jack Petchey Foundation organises a special presentation event which all the achievement award winners are expected to attend. At this event they will be presented with their medallion. Parents will also be invited to attend this event.

Please find below more information and forms for the Jack Petchey Leader Awards: