~ Giant Sleepover for Brownies and Guides ~

§ The purpose for the sleepover was to attempt a world record for the most people attending a sleepover under one roof!

The rules for the record state are that you are required to be inattendance for 12 hours and that to be counted all participants must be wearing pyjamas – leaders too! The event included members from across our County, which covers the boroughs of Bexley and Bromley. Attendees ranged from the smallest Brownie on her first sleepover with her unit to the experienced Guiders who have been going on residentials for many years. Entertainment was provided by three fantastic performers who kept the girls occupied for hours. The girls had plenty of other things to keep them occupied including singing, games, and some units had brought along crafts too.

We were also very lucky to have some special visitors, including The Mayor of Bromley, Councillor Pauline Tunnicliffe and her daughter Amelia and Deputy Mayor of Bexley, Nick O’Hare and his wife Maria. Both spent considerable time walking round The Glades meeting the girls, signing hundreds of autographs and having their photos taken with the girls. Councillor Tunnicliffe awarded a Guider with her 20 years service award and Councillor O’Hare attended a Brownie enrolment.

Aoife, 10 and Mollie, 9 from 2nd Sidcup Brownies said ‘We’re looking forward to playing games and staying up talking. We’re not going to sleep, we might miss something’. Lauren, 7 from 15th Bromley Brownies said ‘I didn’t like the walking as my bag is really heavy, it’s my first time away with my Brownies and I hope I’ll sleep, so long as people don’t snore’. Barbara Robinson, Guide Guider and Organiser said ‘We’re so excited to give the girls this unique residential experience, something that we probably won’t be able to repeat, they’re part of something very special, we hope it’s something they’ll always remember’. 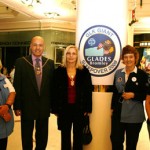 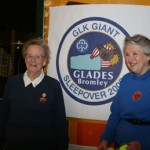 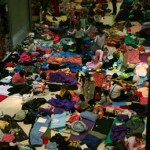 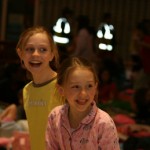 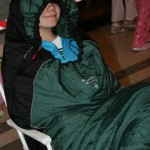 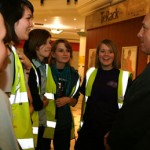 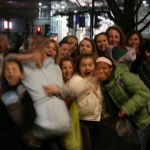 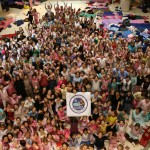 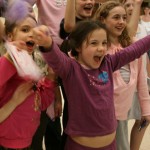 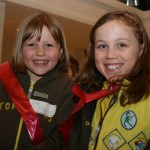 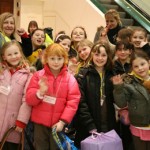 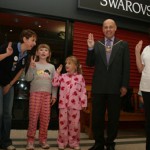 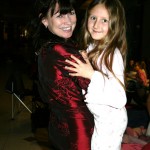